I remember watching my Grandpa Tom prepare for a skiing trip up to Eagle Crest ski area in Juneau, Alaska. We were in the garage of his house on 173 Behrends Avenue in Juneau, loading things into a backpack. Grandpa Tom was easily in his late 60s, probably older. I marveled that he could do this still at his age.

As we visited I said, “Grandpa, I hope I’m just like you when I get older. How is it you are still able to do all these things at your age?”

He chuckled, then thought for a few seconds, then said, “Well Tommy, anything you did yesterday you can pretty much do today. It’s when you stop doing a thing that you find you can’t get it back.”

Something inside me told me I had just heard an extremely important life lesson.

And I realized my Grandfather’s super power wasn’t age-defying health; it was excuse-defying self-management.

Now that I am older and can better appreciate the changes time brings to our physical bodies, I am reminded of my Grandfather’s lesson.

If we were to compile a list of the world’s greatest evils, neglect probably wouldn’t be on the list. But shouldn’t it be?

So much of the good in our lives can be destroyed by neglect.

Comedian Steve Wright once said, “You can’t have everything. Where would you put it?”

It is true that we can’t have everything. Scripture teaches, “In this world your joy is not full,” (Doctrine and Covenants 101:36).

Since we cannot have everything, we need to prioritize and give attention to what matters most.

It’s not enough to know what is important; we have to make important things urgent and give them our attention regularly — otherwise the so-called priorities in our minds are disconnected from reality.

It’s not that we don’t love our spouses or our children, it’s just that we know they’ll be around tomorrow, and today we have these other important things to do. 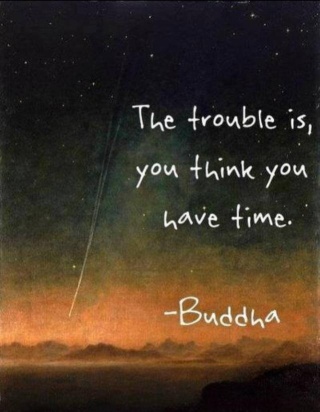 But those todays stack up, and one day our inadvertent neglect will hand us one very expensive bill.

The problem is, all of our lives life has generously provided us with an unfailing supply of tomorrows. It is our surety of tomorrow that makes it  easy to live each today in neglect. But those that neglect their motor oil today, get to pay for an engine replacement tomorrow. It’s just how life works.

The good news is that today just happens to be the best day I know of to wake up and stop neglecting neglect.

Years ago I was contacted by a friend whose brother needed a bass player for a quick gig. “No sweat,” I thought, “I can help.”

His brother stopped a folder of sheet music off at my house. I looked through it and thought, “No sweat; easy stuff.”

But when I got to rehearsal, boy was I sweating. To my great shock, I just couldn’t flip the switch and read and play this simple music the way I used to. My neglect created a new reality of which I was oblivious, until that day of reckoning.

To this day I can still recall the confusion I had about not being able to do what I always used to do. How could this be happening?

Like the saying goes, “What you don’t use, you lose.”

Which reminds me of a great Old Testament story.

An angel visited a woman and told her she would soon have a child. The angel warned the woman to keep certain covenants and dietary standards because her child had a special mission: to “begin to deliver Israel out of the hand of the Philistines” (See Judges 13:3-5).

“And the woman bare a son, and called his name Samson: and the child grew, and the Lord blessed him. And the Spirit of the Lord began to move him at times….” (Judges 13:24-25)

Samson was born with innate potential to accomplish his mission. At the vineyards of Timnath, a young lion roared against Samson, and he ripped the lion into pieces with his bare hands.

The Spirit of the Lord also came upon Samson as he went down to Ashkelon, and Samson slew 30 men and took their spoil.

The Lord did indeed bless Samson, and this blessing of fantastic strength was meant to be a valuable asset in liberating Israel “from the hand of the Philistines.”

Later, Samson caught 300 foxes, tied firebrand to their tales, and let the foxes go in the crops of the Philistines, burning down their corn fields, vineyards and olive trees.

In response, the Philistines sprung a surprise attack on Samson at a place called Lehi. (You may have seen Lehi’s rollermills in the movie, Footloose). 😉 Grabbing the jawbone of an ass, Samson used it as a weapon “and slew a thousand men therewith” (Judges 15:15).

Like all of us, Samson was blessed with the potential to accomplish his mission. And like many of us, Samson struggled with neglect.

Samson’s continued neglect led to him hooking up with an harlot in Gaza. Then in the Valley of Sorek, Samson neglected his covenants with a woman named Delilah.

Delilah was always bad news for Samson, but bad became worse when a group of Philistine lords offered her 1,100 pieces of silver each, if she would betray Samson to them. Scripture doesn’t say how many lords there were in that group making the offer, but I’m guessing the deal would have kept Delilah from qualifying for the Philistine food stamp program.

Twice Delilah asked Samson what the source was of his great strength, then used his answer to set Samson up to be killed by Philistines lying in wait. Both times, all the Philistines got for it was more dead soldiers.

You would think that Delilah’s first deadly betrayal would have been a wakeup call for Samson, but the fact that he got away with it only added to Samson’s hubris, and made him all the more confident that neglect was nothing to worry about.

Likewise her second betrayal and his subsequent escape served only to convince Samson of his infallible rightness. With each success, Samson became more confident that he’s got this, that there was no need to change a thing about himself.

However, eventually Samson’s neglect caught up to him. Samson was captured, his eyes were put out, and he was taken to Gaza, the same city where a seeing Samson first neglected his Nazerite covenants with an harlot. I doubt the irony was lost on him.

Not only was the blind Samson imprisoned, but he was made to labor at the grind of the prison house. Now, instead of destroying Philistine corn, Samson was turning it to flour them, and I’m guessing that the Philistines savored the payback more than the flour.

Obviously, Samson’s strength was NOT in his hair, it was in having God with him, a privilege Samson somewhat forfeited because of his neglect.

Interestingly though, the lords of the Philistines had negect issues of their own. They took this mighty man who once slew a thousand of their soldiers singlehandedly with only the jawbone of an ass, and placed him between two pillars of a great house with 3,000 Philistine lords and ladies inside and on the roof.

Sensing his opportunity, Samson prayed one of the saddest prayers in all scripture, “Let me die with the Philistines.”

“And he bowed himself with all his might; and the house fell upon the lords, and upon all the people that were therein. So the dead which he slew at his death were more than they which he slew in his life” (emphasis added) (Judges 16:30).

Just think about that last line: “The dead which he slew at his death were more than they which he slew in his life.” Given Samson’s specific mission, that statement breaks my heart. How would YOU like it canonized in scripture for all time that the best thing you did in terms of your life’s mission… was to just die and get out of God’s way so He could get it done with someone else?

Much of what is good about our lives can be destroyed by neglect. But then, to paraphrase the great philosopher, Marcus Lemonis, “If you didn’t earn it, why would you think you deserve it?”

My Grandfather’s super power wasn’t age-defying health; it was excuse-defying self-management. I cannot think of a better, reality-based super power to have.

Today the very top of the Eagle Crest ski resort in Juneau, Alaska is called, “Pittman’s Ridge.” It is named after my grandfather, Tom Pittman.

All our lives, life has generously provided us with an unfailing supply of tomorrows, a fact that makes it easy to live each today with a bit of neglect. However, those todays stack up, and one day neglect hands us one very expensive bill.

The good news is that today also happens to be the best day ever to stop making excuses, and to stop neglecting neglect.

“The trouble is, you think you have time.” — Buddha.